This post is going to directly come from an amazing workshop that I have been on over the last three mornings. Actually led by a Waldorfian rather than a Montessorian, and fascinating.

It strictly relates to the re-telling of fairy tales to children.

In my hazy recollection, there is some controversy as to whether or not Montessori was for or against the reading of fairy tales to children.

Those in the "against" court argue that they go against the grain of belief that life should be for real, not wrapped up in talking animals and good and evil.

Those in the "for" court argue that they convey a very real life message in their stories and that legend and folklore are all based on and wrapped up in fairy tales, our history is intrinsically linked.


Add to that, the fact that the true original fairy tales are not the ones we know today, are NOT those of Disney and adaptations on a theme of a theme AND that places like Barnes and Noble no longer stock Grimms tales in many shops as they are deemed "not politically correct" you may be easily of the opinion that perhaps they should be left alone, after all, what is the point?


Up to today, I was more of the vein that there was no real need for them, they seem cruel and stereotypical and send out the message that life is full of goodies and baddies and that girls are all princesses and boys either bad men or princes. This wasn't the message I wanted to give to the children, so have avoided them to a greater extent.

Today my mind has been entirely changed. Not only do I realise that I was incorrect in my own jaded adult and very literal interpretations of them, but I am doing my children a disservice by omitting them from their lives. Children do not take these stories as literal but much more archetypically which is exactly the way they are meant to be taken.

Read in their original form and appropriately aged (NOT censored!) they emit a very potent message, that life is a journey, that we encounter good and evil in a variety of forms and that when the right paths are chosen on our journies, good will overthrow evil and justice will prevail. Yes, the "baddies" meet their ends, gruesome or not, but in the case of most of these, the end comes around by self infliction. Take for example the wolf in the original version of Little Red Cap - She fills his belly with stones, but she doesn't kill him, the stones are too heavy so when he gets up, he falls down dead. The stones........getting whhhhaaaay deep now, actually represent the materialism in life that tempts us (or Little Red Cap in this instance) when we are on our journies through life. In LRC's case, the wolf opened her mind to be tempted by the flowers (greed) and he, himself, was overcome with greed to not just eat the grandmother but to also eat LRC. At the end, the wolf is destroyed by his very own materialistic greed - the stones, the densest natural material on the earth.

Of course, for a seven year old, this is not what they are thinking and nor should it be explained to them thus.

The guidelines we were left with was that

a.We should read them ourselves, and find our own fairy tale.

b.We should chose age appropriate ones; ie: the more challenges and conflicts, then the older the audience

c. We should not censor the end for something less gruesome. If you need to censor the end for your child, the fairy tale is not yet appropriate. Also look at it this way - if the wolf lives and runs off - where is he now? Is he hiding in the real world??

d. Read them during the day NOT before bed. Children process these stories better when they have just come from the spiritual state of sleep rather than before they go to it.

e. Learn them and read them unscripted, detail IS important to the stories however, so make sure you have read them and understand the significance of the detail.


It is hard to find a good book of Fairy Tales, I have just ordered the one at the top of this page which is published by The Pantheon Fairytale and Folklore Library and can be found at Bob and Nancy's Books I am thoroughly looking forward to reading, digesting, dissecting and then re-telling these tales to my boys!
Posted by Unknown at 9:42 AM

Nice blog! Just thought I'd share what I have learned in my Montessori training and in my experience working with 3-6 year olds regarding fantasy.

Montessori makes it clear that, while in the first plane, (ages 0-5 or 6,) fantasy should not be introduced to the child. The only reason is because the child cannot distinguish between reality and fantasy at this age. It is confusing for the child, at a time when she is trying to order, classify, and "make sense" of the real world in her mind. This applies to "talking animal" books (from fairy tales to Winnie the Pooh) as well as to Disney movies and Spiderman.

That said, once the child has the ability to abstract and we observe in her the ability to distinguish between reality and fantasy (around age 5 or 6,) Montessori is gung-ho about fairy tales and myths! In an elementary classroom, the children learn about many creation myths, read fairy tales, and are encouraged to use their own imaginations to write stories, put on theater productions, and come up with scientific questions, etc. Myths and fairy tales ARE an important part of our culture, as humans use them to illustrate moral dilemmas and to encourage critical thinking in children.

Keep up the good work!

Thanks for that Meg, great to hear the perspective from a trained Montessorian. I think it rings pretty true with what she was saying to us on the course, that many of the fairy tales are actually pretty advanced for children under 7 and if you do choose them for the under 7 age group it is important to be really extremely selective ensuring that the tales do not bring up too many conflicts or different characters.
What you have said makes sense and up to now I have steered away from these kinds of books. I think we will commence with some fairy tales with our eldest (7) and save them for a while longer for the younger two.

Wanted to say exactly what Meg Mcelwee already said. The idea is not to ban fantasy altogether but to save it for when the child is old enough to understand the difference between reality and fantasy. I have enough things on my mind without having to worry about my 3-year old waking up in the night because the big bad wolf is going to get her, thank you very much.

In any event, most children's fantasy stories were written for children older than age five. We have a book of French fairy tales, published in the early part of the 20th century - written at maybe 6 or 7 year old level and we plan on the Frenchman reading them to the Bambina when she is around that age, not sooner. The House at Pooh Corner was written for 8 year old children. It was Disney who decided to make Winnie the Pooh ubiquitous, such that it has to go on the wallpaper of your baby's room.

Wanted also to add that true Waldorf teachers are also against fantasy when it has been commercialized or when the images prevent the child from using her imagination. A child who has seen the Disney version of Cinderella is much more likely, when asked to draw a picture of Cinderella, to draw the Disney version rather than her own version. A child who only knows Mickey Mouse will draw Mickey rather than his own version of a mouse. You get the idea. 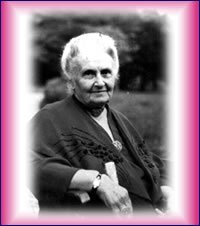 Other Montessori and Home Ed Blogs

Books to read - not all these are Montessori, but reflect the "Follow the Child" principles.